What Is ‘Functional’ in Yoga?

Home  /  Articles  /  What Is ‘Functional’ in Yoga?
by
monica gauci 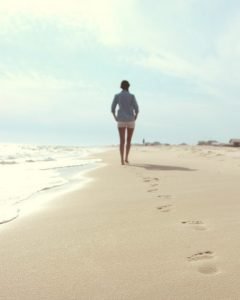 Functional is the buzz word at the moment in the exercise, movement and especially the physical rehabilitation scene. Movements or exercises are considered ‘functional’ if they support the movement patterns that are necessary for us to function in our daily lives.

There are seven primal, functional movement patterns: bending, squatting, lunging, twisting, pulling, pushing and gait. Each of these are integrated movements which means that many muscles must work together synchronistically across multiple joints to perform the specific action. Done correctly, they place a demand on the core muscles and help the different muscles involved to ‘pull their weight’ or ‘play their role’ so to speak. This integrated movement helps to balance muscle strength with muscle relaxation.

Yoga is sometimes criticised because of its predominance of forward bends. You could actually make the same criticism of the activity demands of our daily lives. Anyone who has children knows the number of times they have to bend forward to pick up their child or what their child has dropped on the floor. If we grow our own food we spend hours bent forward tilling the soil, planting the seeds, pulling the weeds and harvesting our crop. When was the last time you did a back bend or bent to the side to pick up something? Bending forward is the most frequent movement we perform as an upright species living on planet Earth with it gravitational force (i.e. everything ends up on the ground!).

It’s impossible to avoid a predominance of bending forward, so what becomes more important is how we bend forward. The potential problem in Yoga is that we often perform forward bends with our legs straight. A forward bend done with straight legs will stretch and lengthen the muscles in the back of the thighs, the hamstrings. Tight hamstrings are often the cause of low back discomfort and pain. However, if your hamstrings are so long that you can already fold forward to between 120 and 180 degrees, you may benefit more from entering and exiting your standing forward bends in a more funcitonal way that builds strength as well as flexibility.

To bend your knees as you fold forward makes it more challenging on all the muscles in the legs and buttocks. Additionally, these muscle must then work in an integrated way which helps to balance their tone and kinematic relationship to each other. The deeper you bend your knees, the greater the challenge becomes and correspondingly greater strength is developed. Your forward bend will look more like a transit through a squat where you only straighten your legs as you reach the final form of the posture. This will enable you to maintain and continue to improve the flexibility in your hamstring muscles whilst developing greater strength and muscle balance in your legs and buttocks. This action is better done with the feet hip-width apart, without the knees tracking beyond your toes and whilst maintaining the natural forward (lordotic) curve in your low back.

The pelvic girdle consists of a group of bones that form six separate joints. These six joints are the two sacroiliac joints, the fifth lumber vertebrae (L5) where it articulates with the sacrum (S1), the pubis and the two hip joints. These joints form a closed kinematic chain, which means that what happens at one joint effects every one of the other joints. The synchronised movement of these joints produces a specific lumbopelvic rhythmn when we bend our knees to ben forward or squat. Entering or exiting a standing forward bend with straight legs disturbes this rhythmn as it unevenly distributes the load between the joints of the pelvic girdle, particularly placing greater stress on the sacroiliac joints. The same principle applies when exiting a standing forward bend. Even just unlocking the knees to come back to upright gives a more integrated action of the muscles involved and distributes the forces more equally between the joints of the pelvic girdle.

As the boney pelvic girdle is mainly held together by ligaments this method of bending forward can lead to a sprain of the sacroiliac ligaments, resulting in pelvic obliquity. This problem is more prominent in females where ligamentous laxity is greater due to the female sex hormones. Additionally, females generally have an increased Q-angle (the angle of the thigh bone from the outer hip joint to the knee) which places additional tension on the sacroiliac joints. For this reason, standing with the feet hip-width apart provides more stability and puts less stress on the sacroiliac joints. If you practice standing staight-legged forward bends regularly and suffer from pain at your sacrum, sacroiliac joints, low back, hamstring insertions (sit bones) or hip joints try bending your knees as you enter and exit your forward bends.

On the other hand back bending is not a ‘functional’ movement. It is not something that we require in our daily life or if so only in a minimal way. However, in consideration of the amount of forward bending we perform, not to mention the monotonous, static flexed spinal posture we tend to adopt when sitting for long periods in a chair, any action that stretches the muscles that we use to bend forward is not only needed but is invaluable!

The flexibility gained in forward bends releases tension from the hamstring and gluteal muscles. These muscles are activated as part of the fight/flight stress response, which is frequently triggered in our modern stressful lives. Energetically forward bends are pacifying and the release of these emotions develops trust and humility. These postures are a necessary preparation for back bending, which requires opening the heart area, physically and energetically. Anxiety and emotional hurts cause us to close off our heart and so to open our hearts freely we must first develop trust. When the heart is free of negative emotions it rests in tranquillity and contentment.

True functionality means that something meets it intended objective or purpose. The objective of Yoga asana is to open our hips, keep our spine mobile and our body healthy to enable us to sit comfortably for long periods to practice the higher limbs of yoga and reach our spiritual heights. The purpose of all the techniques of Yoga are designed to prepare us physically, mentally and spiritually to come to know our sacred Self, our Divine nature and the Oneness of existence.