What is That Popping Sound? New research!

Home  /  Articles  /  What is That Popping Sound? New research!
by
Melanie Cooper 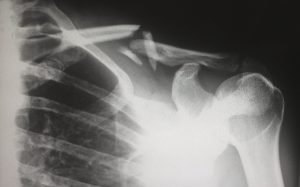 One of the common questions asked by yoga students is ‘what’s that popping sound from my joints?’ quickly followed by ‘is it safe?’ and ‘does it mean I’m going to get arthritis or injure myself?’

The answer depends – If it’s a grating or crunching sound and/or it’s accompanied by pain – then it is either a bone or a ligament or tendon, grating over something else or it’s worn cartilage. The best advice in this case is stop doing whatever makes the sound happen and go and see a osteopath or physiotherapist and get it looked at before you injure yourself.

Popping sounds can also be tendons or ligaments moving out of place and snapping back into place often due to tightness in a joint. Again best to stop doing whatever it is you’re doing and get it looked at properly.

If the sound is a clear, clean pop like a finger snapping, with no associated pain, then it can be due to bubbles of gas in the joint. It used to be thought that the sound was caused by the bubbles popping, but new research is suggesting that the sound happens when the bubble is forming.

We need a little bit of anatomy at this point : in a synovial joint there are two bones coming together which are encapsulated by a synovial membrane. This membrane contains synovial fluid which helps to protect the bones. Cartilage also protects the bones. End of anatomy bit!

New research using an MRI video from the University of Alberta has suggested that as two bones move away from each other (during exercise or stretching) if there isn’t enough synovial fluid to fill the space, a bubble of gas forms and this causes the sound. Below is a link to the video of the MRI scan.

On the other hand it has been suggested that popping joints can lead to lax ligaments which could de-stabilised a joint.
Also, habitual intentional joint popping could point to an underlying stiffness which again would be better addressed by seeing a good physiotherapist or osteopath to sort out the underlying problem.

So there isn’t a simple neat answer to this question. In general, to be on the safe side, don’t intentionally pop joints yourself and if you’re at all in doubt go and see a professional and make sure the joint, and the way you’re moving it is safe and healthy.

Hi Mel. Every time i sit for half hour or hour, my right knee gets stiff followed by pain creeping up toward my back, is there any form of exercises or yoga moments i can do, that perhaps may help ease the stiffness or pains? Also every morning i wake up there’s alot of grinding sounds in my back, do u have any useful yoga movements that may help please?

I have found some success using Ayurvedic oils. I constantly oil myself. Every morning and every night. I also oil myself 15 minutes before getting into the shower. The oil eventually penetrates the joints and helps with the dryness. It’s especially helpful where I have had spinal surgery. In Ayurveda, I’ve heard it said that proper oleation prevents disease. Good luck.